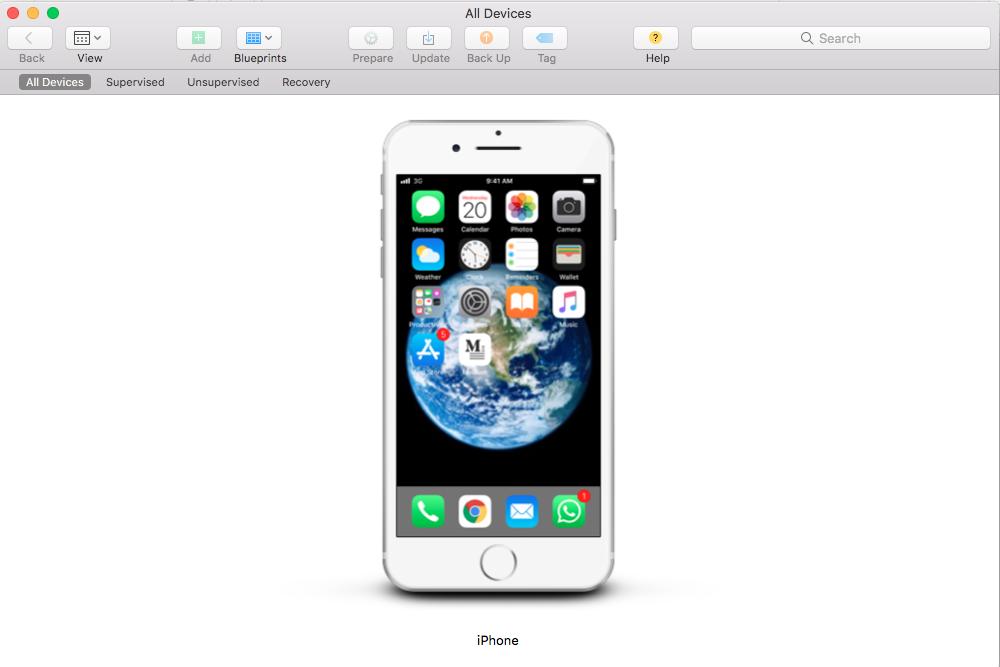 Apple Configurator makes it easy for anyone to mass configure and deploy iPhone, iPad, and iPod touch in a school, business, or institution.

Three simple workflows let you prepare new iOS devices for immediate distribution, supervise devices that need to maintain a standard configuration, and assign devices to users. Quickly update your devices simultaneously to the latest version of iOS, configure settings, and install apps and data for your students, employees, or patrons.

Apple Configurator can be used by larger organizations and businesses to set up new devices, install enterprise apps, and enroll each device with a Mobile Device Management solution for remote management by an IT administrator. It is perfect for the classroom or student lab where devices need to be quickly refreshed and kept up to date with the correct settings, approved policies, apps and data. Apple Configurator can also be used to personalize devices with data and documents for specific users. 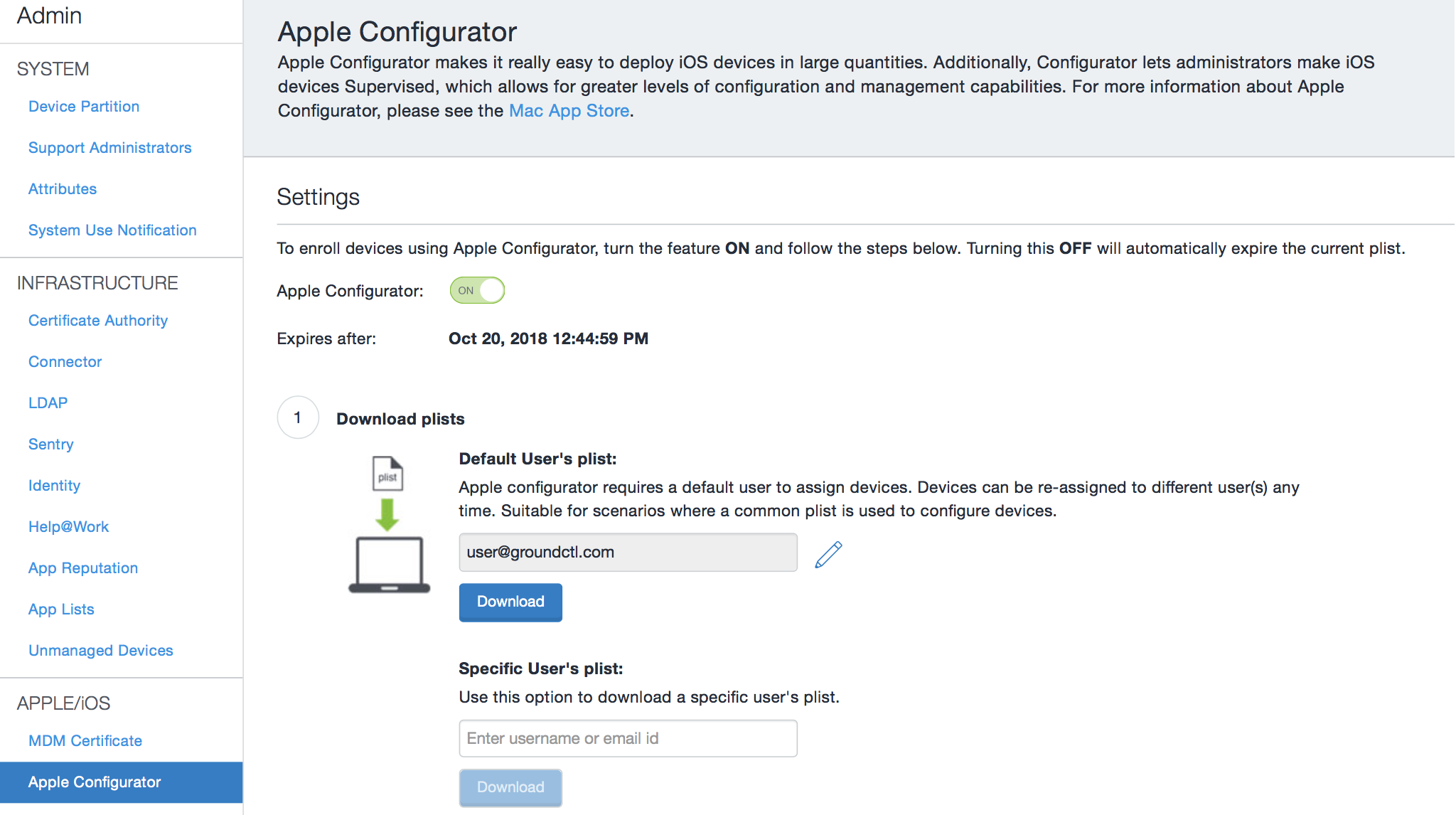 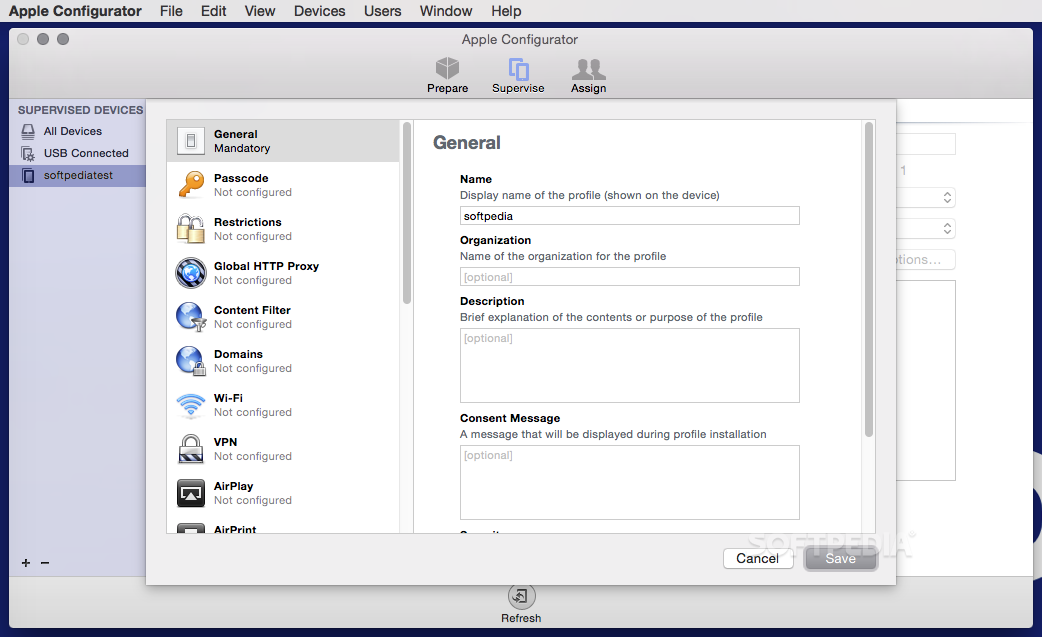